Dreams about war / fight – what do they mean? (Dream interpretation war / fight) 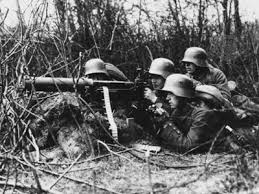 Dreams of war / fight.
A not very uncommon dream theme is a specific war, or that someone (you and/or others) fight with each other. Often this will be a picture of one of two things: a battle between aspects of yourself that dispute, or an image of some aggressiveness that you pursue too much or too little of in your waking life.

War / fight in dreams as an image of an internal conflict.
A classic inner conflict is the conflict between being driven by status / money / power – in other words, “external factors” as opposed to being driven from the inside (of “internal factors”), such as what gives you inner satisfaction. This conflict has probably been around almost as long as there is something that has been called civilization – if not even longer.

Similarly, the inner grubby / wild man / woman fighting with the inner neat / obedient man / woman is also a very common theme. That is different parts of your personality that dispute, which is something you should be able to know about in your waking life if you dream about it. In other words, you perhaps have a hard time finding out if you need to be “wild” or “nice,” or ambitious and structured, or more wild with a “do not care” approach. The possibilities are endless – it’s all about you and your life situation.
–
When trying to understand your dreams it is important to know that your dreams are… your dreams. As such, you are the best person to figure out the true meaning of your dreams.

My online course “Unlock your DREAMlife” gives you a great foundation for understanding (and recalling) your dreams.
–
War / fight in dreams as a picture of (unresolved / excessive) aggression.
At the same time that you dream about war or a fight, can also be a picture of you being angry at someone without having expressed it. It can be a friend / partner or colleague, who somehow stepped on you / hurt you, but you might have slipped easily over it and said “never mind” to yourself and tried to unpack the anger / frustration away – but dreams tell you how angry you actually are.

The positive side can somehow be that you in dreams are able to vent your anger, and therefore you need not to take the “fight” with him/her in real life. The “negative” side can very well be that you really should express your anger / frustration in reality – not to carry around a lot of pent-up anger.

You can, for example dream that you scold a colleague – he might have made you angry the previous day but you have bitten it in you. Quite conversely, the dream of war and fight can also be an indication that you in your waking life have a very aggressive (usually not physically violent but verbally / “psychic” violent) approach to (certain) other people. It may be a good idea to look at whether you can either mark an unredeemed aggression / anger against others – or if you recognize a very aggressive (inappropriate) behavior / thinking in yourself.

NOTE: Dreams are 100% individual, and when you dream about war/fight, it’s almost certainly about something else for you than it is for your friend, who also dreamt about war/fight. Dream interpretation / dream analysis is sometimes a difficult art, and a particular interpretation of a dream is only correct if you feel “affected” by it. Therefore, it is not certain that the above mentioned interpretations are relevant to you.