Jungian dream interpretation – what is that? 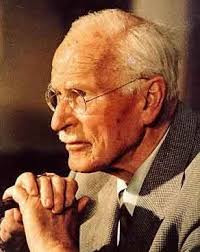 Carl Gustav Jung (Swiss psychoanalyst, born in 1875) stands out for me as one of those who contributed most to today’s approach to dream interpretation and way of understanding dreams. Jung broke it off with Freud in 1912 – this happened after many years of having accepted Freuds thoughts  (see this post on Freudian interpretation of dreams). It was clear to Jung that our dreams was about more than just repressed sexual fantasies and other unconscious wishes we might have.

As something crucially new, Jung believed that dreams do not have a hidden (in Freudian terms “latent”) meaning, but directly show what is needed to be seen (as long as one can then understand the symbolic language of dreams, I would ad, which btw. is a language like any other language – i.e. it can be learned). The following describes in broad terms what Jungian dream interpretation is all about.

Kind of like we have a body built/programmed to work in certain ways, Jung thought the same about our psyche (I believe this thought makes perfect sense). In the collective unconscious, you will find some images (“programmes”) of what it means to be a man/woman, mother/father, young/old, etc. His thought is that we, based on these so-called “archetypal images”, act and grow as people. A real Jungian term is “individuation” (individual development), a process in which we quietly – though not without difficulties and fierce battles – develop ourselves and act more and more in line with who we are and can be. For Jung this is certainly the goal for us humans, and serious work with the content of our dreams can – according to Jung – speed up this process, and even make us journey longer in our individuation than we would otherwise have done. Based on this basic thinking, the following key concepts occurred from Jung:

Anima / Animus that illustrates the female in the man (anima), and the male in the woman (animus), respectively – i.e. the opposite gender in all of us. The better we have developed (in Jungian terms “integrated” them) in our personality and therefore in our behavior, the better. Otherwise, a man can for example be too hard and a woman too soft in their personality (or, conversely, a man too soft and a woman too hard) if the opposite sides are too dominant!

The Shadow – as term describing the sides of ourselves that we are not aware of/have not acknowled, perhaps embarrassing sides (a lying and arrogant type), but also exciting and positive aspects that we for one reason or another have not developed (for example, musical or otherwise creative abilities). In a woman’s dreams the shadow will – according to Jung, appear as other women (with a given behavior), and in a man’s dreams as other men. A man who is “soft” in his waking life can, for example, dream of being chased by a brute type male; an image of an unassimilated and raw masculinity. Or a woman could dream of a happy and easy-going female street musician – an illustration of how this side of herself is not integrated in her waking life.

The corrective function of dreams.
Jung thought that another key function of dreams is their excellent ability to correct our view of ourselves (and others!). For example we may dream that we are physically/bodily much bigger than other people – maybe as a portrayal of how we overestimate ourselves compared to others – or vice versa – dreams where we are significantly smaller than other people; we underestimate ourselves. The dreams then ”complement” our conscious thinking, and prevent us from thinking too heavily about ourselves and others.

Jung stands out to me as an icon within the field of dreams, and I think he has contributed with some of the best thoughts of how we should approach our dreams. Other – and in some respects better ideas about this – have come forward, but Jung’s thinking is still the basis of many of those who are working seriously with dreams and dream interpretation today. The best book I’ve read on Jungian dream interpretation is this one: Understanding Dreams by Mary Ann Mattoon, but if you are looking for an easy-to-read overview  of Jung’s thinking, you can also read his last book (life biography): Memories, Dreams, Reflections. Finally, see this description on Wikipedia of Jung’s life and thoughts: http://en.wikipedia.org/wiki/Jung.

Do you think that the Jungian thinking makes sense for you? Please do not hesitate in commenting below.